Technology has been advancing rapidly in recent years. The most interesting advancement by far, however, has to be in virtual reality. With VR headsets, it’s possible to enjoy a fully immersive VR experience. Technology giant HTC has certainly paved the way for VR gaming and entertainment—their HTC Vive headset was groundbreaking at the time of its release, and still stands at the forefront of VR technology. In January at CES 2018, however, HTC announced its brand new and upgraded VR headset, Vive Pro, seeking to solve the issues of its predecessor. But does it truly live up to the hype?

We’re going to take you through a full HTC Vive Pro review—looking at HTC Vive Pro requirements, specs and how it measures up against competitors like the Oculus Rift.

Before we fully immerse ourselves in HTC Vive Pro design and specs, we’ll first look at how it compares to predecessor, HTC Vive. HTC’s original Vive headset currently stands in the VR big leagues. Its successor, HTC Vive Pro, however, looks like it might be leaving it—and its competitors—far behind in the dust.

While the new headset isn’t Vive 2, it is still a new and improved product that is sure to reel in VR fans. So, what’s all the fuss about? Promising crisper graphics, an increased resolution of dual OLED displays to 2880 x 1600 and a 78% increase in PPI—from 488 to 615—the HTC Vive Pro is looking to shake up the world of VR gaming.

Enough of the introduction, let’s look at what the new design has to offer…

At first glance, there’s one main difference between HTC Vive and HTC Vive Pro—the colour. The headset now has a glossy dark navy colour—of course, we’re sure HTC will offer additional colours in the near future. The HTC Vive Pro also comes with improved ergonomics, designed to distribute the weight of the headset more evenly—making the headset seem far lighter than it actually is. If you’re looking to put in some real VR hours then this is a big bonus. Comfort is at the forefront of this new design, with HTC introducing a dial at the back of the headband so that users can adjust the headset to fit snugly against the head. If you’re a glasses wearer, this allows you to enjoy all the VR fun you want, without the discomfort found in other headsets.

With new built-in headphones, you can also expect HTC Vive Pro audio to be crisp and clear. And that’s not all: the HTC audio headset also offers 3D sound, giving users a wider range of spatial audio support. You might notice that these headphones are very similar to the Vive Deluxe Audio Strap. At the front of the headset, you’ll also spot a new pair of cameras, opening the door to augmented reality in the future. With new sensors as well, the HTC Vive Pro room scale tracking has been increased exponentially compared to predecessor HTC Vive.

HTC does offer a wireless adapter—sold separately—if you’re not a fan of wires. You don’t have to worry too much, however, as you’ll find the HTC Vive Pro cable length to be of sufficient length for whatever you intend to do.

Now onto the stuff you’re really interested in: the HTC Vive Pro specs and performance. It’s clear that HTC has taken on board feedback from their previous headset, as they’ve increased the headset display to 2880 x 1600. With this increase in resolution, you can be sure that HTC Vive Pro blurry graphics are unlikely to ever be an issue for you. And, with an increased PPI, you can enjoy sharp graphics and even more realistic landscapes. It’s even possible to enjoy a HTC Vive Pro virtual desktop, using your computer in VR to browse the web, watch Netflix or play games.

The one main gripe we have with the HTC Vive Pro specs is that the Field of Vision still hasn’t been extended. The HTC Vive Pro FOV is 110 degrees—with our own FOV standing at 210 degrees, we still feel a little boxed in when wearing the headset. You might find this is more than made up for with the HTC Vive Pro room size, however. Looking for more detailed specs? Check out the table below…

Not sure if you would meet the requirements? Test your PC.

Of course, it’s not just about the HTC Vive Pro recommended specs. In order to fully enjoy this VR headset, you’ll need to invest in additional hardware. If you buy the Vive Pro HMD, you’ll get:

This isn’t all you’ll need to set up the HTC Vive Pro headset—you’ll still have to purchase base stations (lighthouses) and Vive controllers. While this might sound complicated, especially with hardware setups, you shouldn’t come across many issues. HTC Vive Pro lighthouse setup, for example, or controller adjustments, take mere minutes.

In fact, HTC have made the setup process much easier this time around. The link box now features a single cable leading to the headset, making it far less confusing than the original three cable process. HDMI is no longer an option—the headset offers HTC Vive Pro display port as the only connection option.

If you’re ever in the market for HTC Vive Pro replacement parts, you can purchase everything you need directly from the Vive store. If you can’t find what you’re looking for there—like a HTC Vive Pro headset stand, for example—you can look at other suppliers like Amazon. You can find more information about setup or HTC Vive Pro warranty on the Vive website.

HTC is intent on providing the best VR experience possible for users, which is why they’ve been working on improving their Viveport platform. If you’re not familiar with the Viveport platform, it’s essentially a library of over 2,500 games, apps and experiences. With this platform, you can enjoy HTC Vive Pro compatible games and apps, plus a full HTC Vive Pro games list—both free and paid.

The Viveport platform is available as a subscription, much like Spotify. For £7 a month, you can access five titles which you can then download and use. Of course, it’s not all about the games. You can also enjoy “experiences”—exploring rendered spaces, interactive objects and much more. If you buy the new HTC Vive Pro headset before June 3rd, you’ll be eligible for a free six-month trial of Viveport subscription and enjoy 30 titles. Needless to say, there’s enough to keep you busy.

If that’s not enough for you, HTC Vive Pro also offers support for SteamVR—giving you access to even more VR games and experiences. With the increased HTC Vive Pro resolution, you can be sure this will be a very enjoyable experience.

So, we’ve looked at the design, specs and performance, and requirements of the HTC Vive Pro—but where does it measure up against its competitors? While there are countless VR headsets out there, we’re going to look at HTC’s main competitor: the Oculus Rift. We’ve compiled the specs for the HTC Vive Pro and Oculus Rift below…

While the Oculus Rift is still undoubtedly one of the leading VR headsets on offer, it seems like the HTC Vive Pro is inching ahead in regards to specs and performance. While the displays, refresh rate and field of vision remain the same between the two headsets, the HTC Vive Pro comes out on top where it counts—resolution. If you’re looking for the best picture possible, you’ll want the headset with the higher resolution and PPI.

Of course, it all depends on how much you’re willing to fork out for your VR headset. HTC Vive Pro will set you back further than the Oculus Rift—which we’ll look at below—but it offers a much smoother, sharper VR experience.

Finally—we’re looking at the information you really want to know. The HTC Vive Pro headset is expected to be released April 5, 2018—so you’ve not got long to wait. The price tag for this new headset, however, will set you back £799. As we mentioned in the setup section, this price tag doesn’t include the price of additional hardware like base stations. We expect HTC will offer some kind of bundle to users in the near future—including some of the main hardware you’ll need.

With the additional enhancements made to this new and improved headset, you might find the price tag to be worth it in the long run. If you don’t want to fork out £799, you’ll be pleased to hear that the basic Vive headset—including controllers and base stations—has seen a price cut of £100, bringing it to £499.

So, is it really worth buying HTC Vive Pro? While not, perhaps, as radically advanced as some would hope, HTC has managed to improve upon their original headset. In all, you’re looking at a far more polished VR experience with HTC Vive Pro. It’s certainly enough to keep VR users occupied until the next advancement in VR and AR crops up. 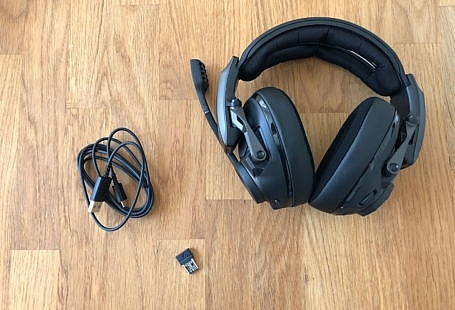 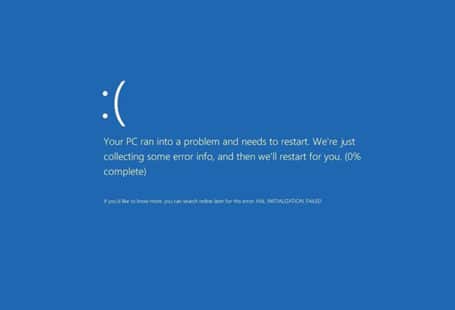 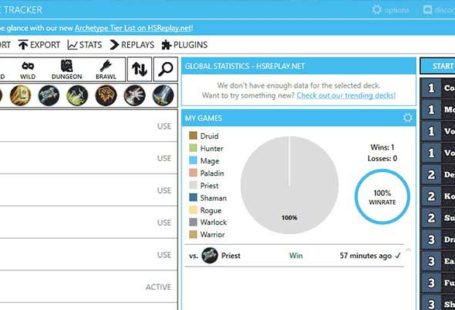